This Is Why the Strongest Women Feel Insecure All the Time 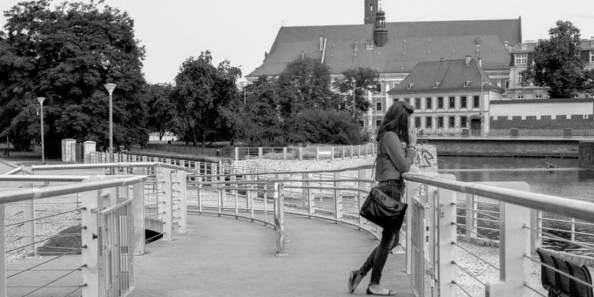 This Is Why the Strongest Women Feel Insecure All the Time

Living in a stereotypical world where women are considered weak and the perception of women depending on a man has gotten fire. We hardly get to hear “strong” paired with “woman” to describe a leader who happens to be female or even for a normal girl. However, even in this 21st century, describing women as “strong” regarding her character, her skills, instead of discussing her physical or mental prowess, always keeps all women wondering if they are the weaker gender.

But it’s not necessary to add the adjective “strong” to the noun “women” unless it is for highlighting a special mental or physical strength that a typical woman doesn’t possess. Women termed as “strong” have proven to this world that it’s not just a phrase – there is a reality to it which is very hard core and can turn your world upside down in just the blink of an eye. But there are certain things that everyone should remember regarding a strong and independent woman and some of them include that her standards are high in the sky for everything; from the tiniest things to the biggest decisions.

She has thought everything through and has decided that she would never ever settle for anything less than she believes she deserves because she doesn’t have the time or the energy to put up with immature and disrespectful men. There is absolutely no space in her life for flaky men or friendships. She stands firm on the ground and keeps all the negativity out of her life because it brings her down. Cutting people off is just her thing because, in her head, she knows her worth, her values and refuses to settle for mediocrity.

Women like these tend to continuously be on a journey from their childhood where with every step they take, they improve something in themselves and being in the continuous practice of this, they develop a quick mind to do extraordinary things. They can wander over all universal possibilities as they hate being lazy or even unproductive. A strong woman keeps a check to assure themselves that they are achieving their goals.

Despite all their strong personality traits, in the back of their mind, they are still unsure of what others think of them. They keep over thinking to make sure that whatever they do is near perfection. Having said that, they doubt their choices because even the thought of failure gives them goose bumps. The bad part of being so strong is that people don’t get to see the demons she is fighting with inside her head because strong women hate to portray the image of them dealing with something worse. That is why they always keep themselves – calm and composed.

But in this journey of being Ms.Perfect at some point, they also need someone to save them from drowning. It’s not in their personality to rely or depend on someone but they just need someone to support them, encourage them and assure that after every storm, there is a rainbow. The harsh truth is that she acts like a superwoman but it’s popularly known that those who seem to be the strongest are also the ones who are fighting battles that we don’t know about on the daily basis.

Everyone loves a kind word and so do they. If you know any strong women, then tag them in the comment section down below and don’t forget to share this to let the world know that women are strong but not inhumane. They also need someone to assure them that what they are doing is the right thing.